Chef Prudhomme has a reputation as one of the best in world of cajun cuisine. If you aren't familiar with him, you're in for a treat. 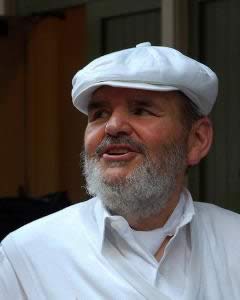 Born in Louisiana in 1940, he is the youngest of thirteen children. His biographical information (even on his own website) is modest, and speaks simply of his love and appreciation of his native cuisine and the use of the freshest ingredients. He is well-known as a restauranteur, celebrity chef, humanitarian, and businessman.

K-Paul's Louisiana Kitchen is a landmark restaurant in the French Quarter of New Orleans. Opened in 1979 with his late wife, Kay, this started out as a mere 62 seat establishment. Now offering seating for more than 200, this famous eatery has three kitchens and a bakery.

Chef Prudhomme is no stranger to television and has to his credit five series of cooking shows for PBS affiliate WYES in New Orleans.

He is also the author of ten cookbooks. Here are a few of those for sale:

For many people, the most instantly recognizable thing about Chef Emeril Lagasse is his use of the word "BAM" when he adds some great spice or ingredient to a dish.

Born in 1959 in Fall River, Massachusetts, he comes from a wonderful mix of heritages ~ a Portuguese mom and a French-Canadian dad. He developed a love of cooking when he was a teenager, while working in a Portuguese bakery.

Chef Lagasse's list of credits and credentials is bordering on voluminous! Certainly he is a well known celebrity chef on television. TV shows to his credit include How to Boil Water, Emeril & Friends, Essence of Emeril, Fresh Food Fast, Emeril Live! and Emeril Green.

His first cookbook was published in 1993, titled Emeril's New New Orleans Cooking. Since then he has published many additional cookbooks (15 last time we looked), 6 of which made The New York Times Bestseller list – a feat not to lightly dismiss!

To say that Emeril is generous is probably an understatement. He created the Emeril Lagasse Foundation to not only support and mentor young chefs, but to help provide life skills for young people.

He is the chef – proprietor of 13 restaurants. Want to go to one? Here's where they are!

His website has a really great recipe section, and includes yummy dishes such as Seared Shrimp Salad and Brazilian Fish Stew. Great photos for the recipes as well! Last time we looked – and typed "Fish" into the recipe search there were 405 recipes! There has to be something there that you can make for dinner! Mangia! 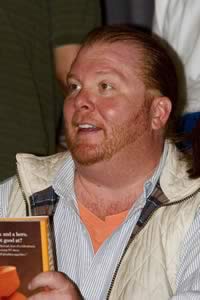 Like many accomplished chefs, Mario Batali has had a diverse and interesting career. He was born in 1960 to parents of Italian and French Canadian ancestry. In 1978 he went to Rutgers University and received a bachelors degree. His majors were Spanish, Theater and Economics. I wonder if he knew then how important those three fields would be to his career!

While in college he worked in a local restaurant as a dishwasher and quickly moved up to making food. And the process of becoming a chef just escalated from there. When he was 27, he was the highest paid chef working for the Four Seasons restaurant empire. He has worked and apprenticed in London, Paris, Provence, Santa Barbara and Italy. Like many great chefs, he also tried attending "professional culinary school", and found it not quite to his liking.

Chef Batali opened his first restaurant, Po, in 1993. It was the beginning of a legacy of great restaurants for him. He is currently the chef and co-owner (or partner) of a variety of restaurants, eateries, and shops. Here's a list:

The commendations and awards have not been missing from his career! The James Beard Foundation graced him with Outstanding Restauranteur of 2008, Outstanding Chef of 2005, and Best Chef of New York City in 2002.

In 1997, Food Network launched Mario's cooking show – Molto Mario – and what a joy that was to watch! Renown for wearing shorts and bright colored crocs and sandals – he cooked up some amazing meals on that show. Perhaps you remember him as a regular on Iron Chef America as well? Ponytail flying and knives flying even faster, he brought outstanding Italian cuisine to the forefront of the show.

Writing is no stranger to Mario either. As of 2011 he is the author of 9 cookbooks. Here they are! 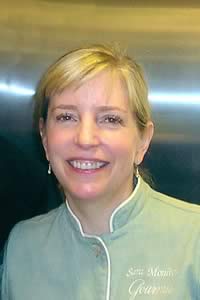 Chef Moulton is an amazing chef. She's also one of those people that you can absolutely imagine being in your house and cooking dinner with you. Although she is small in stature, her accomplishments in the culinary field are huge!

Classically schooled at the CIA (that's the Culinary Institute of America for those in the cooking field), she won a scholarship from Les Dames d'Escoffier and graduated with highest honors. She also holds a Bachelors degree from the University of Michigan. After the CIA, she moved on to an apprenticeship in France and then into restaurant work.

Furthering her culinary skills included teaching at New York Cooking School and working in the test kitchen of Gourmet Magazine. Gourmet Magazine was one of the most influential and respected cooking magazines of all times. In 1988 she was hired as the Executive Chef for the magazine's dining room. She remained in this position for 23 years, up until the time the magazine closed.

Chef Moulton is as much at home in the kitchen as she is on TV. Her TV life started in 1979 when she worked behind the scenes with a Julia Child show. She was a mainstay of the Food Network with her shows Cooking Live, Cooking Live Primetime and Sara's Secrets, from 1996 – 2005. She's starring in a new show on PBS in October of 2011 called Sara's Weeknight Meals.

Chef Ramsay was born in Scotland and raised in England. His passion for soccer (aka football to the Brits) is legendary. When he realized that playing a sport professionally was not going to become a reality for him, he turned to cooking. He started out studying hotel management and moved into the kitchens of the Roxburgh House Hotel.

He trained and worked for Marco Pierre White, a chef noted for his terrible temper. Surviving that for just under three years, he eventually moved to France to study and work with Michelin starred chefs. When he was 31 he opened the first restaurant of his own and it was awarded three Michelin stars within three years.

His restaurants are now all over the world. (We think we have them all - but he adds new ones fairly consistently!)

If you watch any food shows on TV, you're sure to have come across at least one show that has Chef Ramsay as a main personality. On prime time in America you might have seen Hell's Kitchen, Kitchen Nightmares, or most recently, MasterChef. He also has a British version of Hell's Kitchen and Kitchen Nightmares, along with Ramsay's Best Restaurant, and my favorite, The F Word.

There are several phrases and words that Chef Ramsay is known for.... including the "f word", "exquisite", "amazing", "passion", "stunning", "oh come ON", and "what's he doing?".

The Chef has won amazing awards, including 12 Michelin Stars, 3 Catey's, and the OBE in 2006. He is an exhaustive producer of cookbooks – my last count was 26 but that could be wrong! Here are a few great ones to choose from in any case!